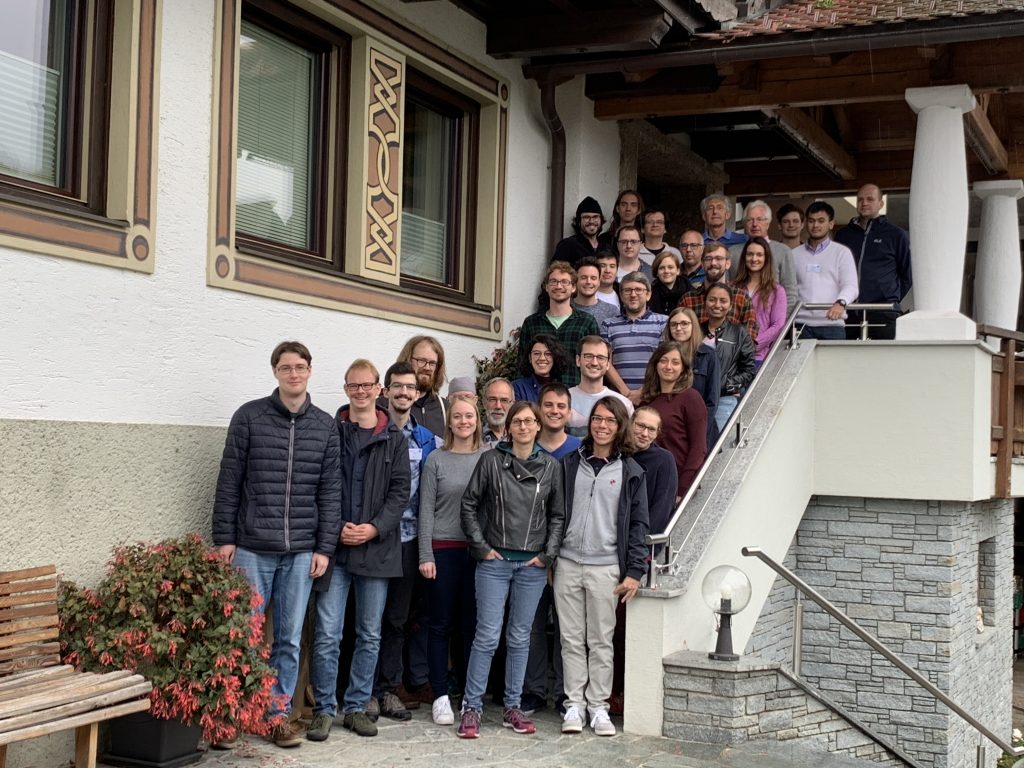 Alessandra Iozzi from ETH Zurich, Joachim Rosenthal from the University of Zurich and Fredi Troeltzsch from TU Berlin
have already agreed to deliver classes. Please find further details below:

Alessandra Iozzi, ETH Zurich
Lattices in SL(n,R), and more…
Lattices are discrete subgroups of locally compact groups that are sufficiently „large“ and „homogeneous“ from a measure theoretical point of view.  In the case of Lie groups they often capture the geometry of the ambient group.  They are very classical objects and appear in many branches of mathematics.  They were first introduced by Poincaré, Fricke and Klein in the study of Riemann surfaces, played an essential role in the theory of quadratic forms deveoped by Hermite, Minkowsky, Siegel and others, and appeared in the study of moduli spaces of abelian varieties by Siegel.  Around the ’70s they have been the centerpiece of seminal papers by Mostow, Prasad, Margulis, Borel, Serre, Harish-Chandra an many others.  Lately there have been new directions of research for lattices in locally compact groups coming from more combinatorial structures.

While very easy to define, the construction of lattices can be rather tricky.  In this minicourse we will lay restrict our attention to lattices in the special linear group SL(n,R) of nxn matrices with real coefficients and determinant one.  We will show that SL(n,Z) is a lattice in SL(n,R) and restrict to the case n=2 to construct a cocompact lattice using quaternion algebras.  These are examples of general constructions that will be discussed in more or less details depending on the interest of the audience.  We will try to relate this to geometric constructions and if time allows we will show some further properties (such as Zariski density of lattices or Property (T) of both lattices and of the ambient groups).
***
Joachim Rosenthal, University of Zurich
The mathematical Foundations of Information theory from Claude Shannon
In 1948/1949 Claude Shannon wrote two papers [Sha48,Sha49] which became the foundation of modern information theory. The papers showed that information can be compressed up to the `entropy‘, that data can be transmitted error free at a rate below the capacity and that there exist provable secure cryptographic systems. These were all fundamental theoretical result. The challenge remained to build practical systems which came close to the theoretical optimal systems predicted by Shannon.

In this overview talk we will explain how the first two challenges concerning coding theory have resulted in practical solutions which are very close to optimal. Then we explain why the gap between the practical implementation of cryptographic protocols with the theoretical result of Shannon is largest.

An introduction to Mathematical Coding Theory
Coding theory plays a crucial role in modern communication devices.  The lecture will provide an overview to the mathematical constructions and decoding techniques used in coding theory.  In a first part we will show how techniques from algebra and algebraic geometry led to the construction of block codes with large distance and efficient decoding techniques.  In a second part of the talk we will cover classes of different type of codes such as LDPC codes, convolutional codes and rank metric codes.

An Overview to Public Key Cryptography
Public key cryptography has been at the center of modern  cryptography.  It is not only used for the exchange of secret keys but also for the authentication of entities on the Internet, for digital
signatures and for the construction of digital currencies.

In a last part of the lecture we will explain about the major possible candidates for post-quantum cryptography and we will then concentrate on so called code based systems which were first proposed in 1978 by Robert McEliece who demonstrated how the hardness of decoding a
general linear code up to half the minimum distance can be used as the basis for a public key crypto system.
***
Fredi Tröltzsch, TU Berlin
An Introduction to Optimal Control of Partial Differential Equations
Optimization and control of processes modelled by partial differential equations (PDEs) are receiving increasing attention in engineering, natural sciences and applied mathematics. While form and behaviour of the underlying systems of PDEs are quite diverse, main tools of optimization and control theory have a common core that can be explained best by simplified academic model problems.

This short course introduces to the analysis of optimal control problems for partial differential equations (PDEs) with special emphasis on problems for semilinear elliptic and parabolic equations up to the Nagumo and FitzHugh-Nagumo equations.

Some main issues of optimal control theory will be addressed: Existence of optimal controls, differentiability of the control-to-state mapping, necessary optimality conditions and adjoint equation, basic ideas of numerical methods, and application of the subdifferential calculus of convex optimization to nonconvex sparse control problems. Finally, it will be demonstrated how traveling waves can be moved in an optimal way by sparse controls.

In the problem sessions, the theory is illustrated by solving exercises such as finding adjoint equations, constructing test examples, computing first- and second-order Fréchet derivatives, or solving academic examples.

Matthias Kreck, Universität Bonn
A panorama of manifolds in dimensions one to eight